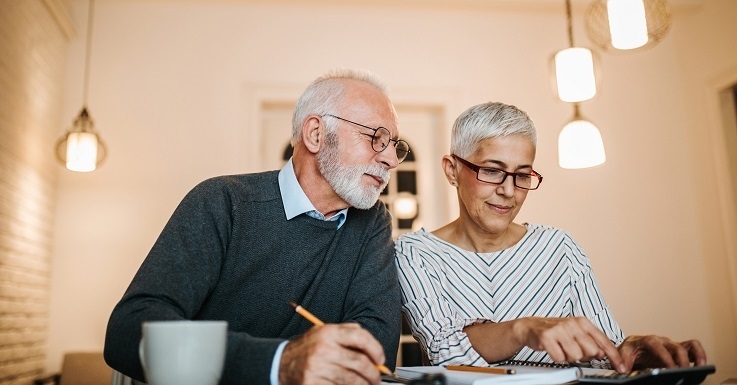 How Retirement Spending Changes With Time

New retirees sometimes worry that they are spending too much, too soon. Should they scale back? Are they at risk of outliving their money? This concern may be legitimate. Some households "live it up" and spend more than they anticipate as retirement starts to unfold. In 10 or 20 years, though, they may not spend nearly as much.

When retirees are well into their 70s, spending often decreases. The Government Accountability Office data shows that people age 75-79 spend 41% less on average than people in their peak spending years (which usually occur in the late 40s).

Some suggest that retirement spending is best depicted by a U-shaped graph -- It rises, then falls, then increases quickly due to medical expenses.

But in a 2017 study, the investment firm BlackRock found that retiree spending declined very slightly over time. Also, medical expenses only spiked for a small percentage of retirees in the last two years of their lives.2

What's the best course for you? Your spending pattern will depend on your personal choices as you enter retirement. A carefully designed strategy can help you be prepared and enjoy your retirement years.